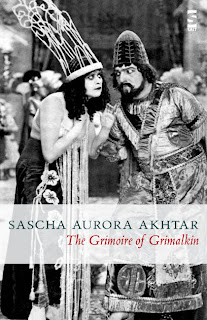 What's a reviewer to do in the face of such predictions? Severance is fatal -- so I'm doomed from the quote-and-paste start. And altruism won't help: this book gives no quarter and asks no charity. It echoes the casual grotesque of contemporary cinema, from Haneke to Hostel, in what could be called a Tarantino poetics. But, as the speaker in Urban Sojourn says "My restraint comes like a constipate / trying to pass a bowel movement": this is poetry that gets off on shitting in the pot.

And potty-mouthed isn't its only register -- with a vocabulary this dynamic to conjure with, the poet can be forgiven some verbal diarrhea. Running off at the mouth counters the "constipate" expectations encountered by the [fill in the blank: female; postcolonial; workshop; publishable] poet. Gossiping, babbling, scatting, blabbering: these are considered the actions of those who don't conform to Audre Lorde's "mythical norm," those regarded as incapable of forming conscious meaning, of using language with agency. More Dada than bar-bar ("barbarian" coming from the Ancient Greek barbaroi, meaning "those who go 'bar, bar' [ie: talk nonsense] when they speak"), Akhtar works her mouth like a dictionary-chomping version of Beckett's Not I.

And in the incomprehension, magic emerges. Grimoire relates etymologically to grammar (and glamour, pace the cover image of Theda Bara vamping it up in Salome), the magic of words. "Cathexis 1:1" samples the cod-Latin used in medieval witchcraft (not looking that different from the "Lorem ipsum" cod-Latin used by printers as a placeholder for text). Mis-constructed from classical Latin, and often featuring words from multiple vernaculars -- and nonsense words as protection or summoning -- grimoire-Latin casts a long spell over Akhtar's work with language, which also scatters echoes of Polari, A Clockwork Orange and backslang: these invented language systems are marked by their production as codes for marginalised groups. There's also an investigation of the Orientalisation of magic in the citation of terms like "chibouk" and "effendi": the dark, seductive (feminised) East of Valentino's The Sheikh is being taken apart in the maelstrom of inventive invective.

While the book has its own rhythms -- and in performance, the poems are surprisingly funny and ear-gaging, spit like rhymes at a battle -- they can become wearing as well as entrancing. Yes, the beats of the divine horsemen can be heard thrumming in your head as Akhtar's work pulses through its cathectic verbal transformations, but occasionally that cathexis feels like a literal throwing-out or -up, the verbal equivalent of Linda Blair's performance in The Exorcist. It's not that I want content, confessional or catalogical -- I'm fine with language as language, all micaceous surface and refraction -- nor that I want to "call severance" on a fascinating and agitating voice. But sometimes my attention is so shattered that as a reader I feel like the fluke worm in "Urban Sojourn":

An unwitting mouth bites it in half;
neither one knows what happens next.

Both mouth and worm can be aware -- are, in tighter poems such as "Subfusc" and "La Peinture" -- but a collage poem like "60 by 120 KM Ellipse" can't quite make a virtue of its addiction to distraction.

There's something of the franticness of a modern Salome dancing the Seven Veils to keep us from seeing what's underneath. Her vast vocabulary and brilliant ease with (and across) language(s) tempts her into the show-tricks of the "magi of make-believe" (Marasmus). I know that Akhtar has more in her than the easy laugh of:

Creatures doomed
to state the obvious
what a plight for
pillocks! (Valhalla)

Nothing up her sleeve. When she puts down the conjuror's wand, she rises to the possibility of seeing through the veils by exercising persistence of vision:

I have met the Demiurge
& he is a pretty sight
for eyes sore from photophobia
forced to see the sleight of hand (Sirvente Moi).

Awesome.
Posted by Delirium's Librarian at 10:00 am

Since Freud it has become easier to deduce 'A delight in ideas physically impure.' In the anal complex excrement is associated with money as it is in the satire of both Swift and Pope. Fleet Ditch in which the dunces dive was an open sewer running into the Thames and was also a key area of the book trade allowing Pope to use scatalogical imagery on a grand scale to damn his ooponents. The bookseller Edmund Curll derives a weird fetishistic kick from having his prayers granted special attention by Cloacina: goddess of the sewers (just after the hilarious pissing contest):

Renew'd by ordure's sympathetic force,
As oiled with magic juices for the course,
Vigr'rous he rises; from th'effluvia strong
Imbibes new life, and scours and stinks along;

First he relates, how sinking to the chin,
Smit with his mien, the Mud-nypmhs suck'd him in:
How young Lutetia, softer than the down,
Nigrina black, and Merdamante brown,

The 2 nyphs (Merdamante translates from the French as shit-loving) vie for his love and the vapours produced are described as wafts from the land of dreams!

Tony Harrison has also picked up on the barbaric pun in 'The Rhubarbarians.' Sascha Akhtar is a great, energetic poet of intense charged power. She emailed me a word of advice that her book has been found easier to read along with a dictionary for company and to double the pleasure.

Thanks for this wonderful and brave review.

Is it ok for the poet to leave a comment on their own review? Or is it not "de rigueur" he he..in any case thank you for taking the time & putting the energy into writing this. I really enjoyed it.Not for the faint of heart, I have found many unable to write about the Grimoire! Especially not in this way.

It's fantastic to hear from The Author (although it makes me feel a little like Daffy Duck in the cartoon where he's trying to discover/escape from The Artist :) Thanks for dropping by, Sascha -- long may you langue!