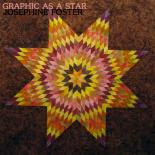 I went to Liverpool this weekend to see PRIMITIVE, a multi-screen installation by the fantastic filmmaker Apichatpong Weerasethakul. Somehow, in the surreal and poetic logic of Apichatpong's films, it makes perfect sense that I returned with an album of Emily Dickinson's poems. While Joei, as he is known, is a contemporary Thai filmmaker with a strong interest in were-tigers, beautiful young men and diptych structures, Emily was a nineteenth-century American, daughter of a one-term Congressman, with a passion for bees, God and handmade books... but there's something that resonates in their work: an oblique quality of attention to the details that others miss (and an attendant attention to the process of making and presenting a work), an intention to work at tangents from national and globalised arts cultures while engaging with them critically, and an unfoldingness that the reader/viewer encounters in their work, which is often deceptively simple or slow in its image-making.

The album, Graphic as a Star (Fire Records, 2009), as purchased at Probe Records on Slater Street (around the corner from FACT, where the exhibition takes place), is a transhistorical collaboration with Born Heller vocalist Josephine Heller (you can hear sample tracks on her MySpace page). Heller describes her music as "religious/blues" and comments on Fire Records' site that

her craft is strongly shaped by "Tin Pan Alley on my maternal side, rock and roll on my paternal side, Western folk music by birth, art-song and classical music via my adolescent passions".

The settings for the poems certainly show all of these influences, falling into three rough groups -- swooping a capella settings reminiscent of the songs sung by the old woman in Terence Davies' film Distant Voices, Still Lives: a little bit hymn, a little bit singalong-around-the-piano, a little bit music hall, a little bit trad. ballad but more delicate than that sounds; folky, Shirley Collins or Vashti Bunyan-like numbers that whisper into your soul, with gentle guitar; and rollicking harmonica numbers that pair E.D. and Bob D. to startling effect.

You'd think that the lineage of American folk poetry would run Whitman >> Harry Smith's Anthology of American Folk Music >> Bob Dylan. But Foster brings out both the subversive hymn-singer and the land-lover in Dickinson's poetry, especially in a hauntingly tremulous and swooning (considering the violence of the lyrics) rendition of "My Life had stood - a Loaded Gun -," the very poem that Susan Howe makes central to her argument about Dickinson's deep roots in American pioneer and Puritan culture in her transcendent study My Emily Dickinson. Howe reminds us, in her reading, that poethics, poetry's role in social and political change, can be exercised in ways tender and small as well as strident and self-aggrandizing.

In his recent acceptance speech for the PEN/Pinter prize, Tony Harrison lauded the muscular poetic tradition that sees poets honoured with statues and political status. All the poets he cites are (of course?) male. Howe and Foster are attuned to what eludes Harrison: that radical freedom is to be observed in the spider as much as the soldier. Dickinson's tapestry has traditionally been regarded as one of loneliness, isolation and limited opportunities. But she is no lady of Shallot, that damning Victorian figure of artistic ambition in women. As Graphic as a Star reveals, Dickinson is as attuned to the modern as the traditional, pursuing the wilful and gorgeously different in both, always going out towards the world.

Posted by Delirium's Librarian at 5:58 pm