Random Reading vs. Critical Connection or, What Would Amazon Sell Me?

An odd weekend's reading: Mrs. Dalloway's Party by Virginia Woolf, a "lost classic"; and Dervla Murphy's The Island that Dared: Journeys in Cuba, published by Eland, one of those presses whose elegant logo remains a guarantee of a provocative read (I'm thinking also of Verso, which celebrates its fortieth anniversary this year). Woolf's stories, which single out and interweave different characters attending the party that closes her novel Mrs. Dalloway, is full of her customary precipitate percipience -- made all the more marked by the slenderness of each story and character, no more than (no less than: these stories are all concerned with mirrors, fabrics, shimmer) polished surfaces that reflect passionate aphorisms.
Scintillating, soul-charging -- but frivolous? The Island That Dared is about the overthrow of the bejewelled aristocratic society that Woolf eulogises in her novel. Murphy's travel writing has always been intellectually (as well as physically) intrepid, but her engagement with Cuba leads her to interweave travelogue and political history, reading moments from Cuba's various wars and revolutions into the landscape she traverses. More personal and more transparently angry than Sebald, Murphy nevertheless pursues a similar engagement between the detail of place and the layers of human interaction written into it, and from it.

I bought both books at the same time, from the same shop (the marvellous Clerkenwell Tales), along with Bluestockings and The Jewish Husband.
Amazon would no doubt have just the algorithm to understand my purchase (although would it notice the basic common denominator: all four books have female authors) and to predict (or rather, nudge me towards) future purchases. Participating in debates about the value of criticism, and of arts and humanities in general, of late, I've come to realise that there is a common critical understanding of reviewing as similar to Amazon's "If you like this..." function. And, subsequently, wondering how I feel about being a human algorithm/cultural personal shopper, which is where the idea of humanities' "value for money" as currently pitched against the government's cuts ends up -- telling us how to buy better, buy smarter, and make more things to buy.
So how to explode criticism so that it's also a critique of the marketplace in which it (inevitably) circulates? Is it enough to write outside the official circulation of paid criticism, to write subjectively, occasionally, tangentially, speculatively? What kind of connections can my mind make between the books that does not package them into handy recommended reading? What do they share (even in contradicting each other) that is sustaining and sustainable rather than a surface BOGOF marketing hook? Because, of course, there's nothing random about even the most random of reading lists: they are curated by my opportunity (educational as well as retail), language, location and history (all four are publications from the last five years), politics (gender, but also internationalism) and that more indefinable momentousness that Woolf describes so well: the way we are caught in the double web of historical time and the time of consciousness as they link to and break into each other. 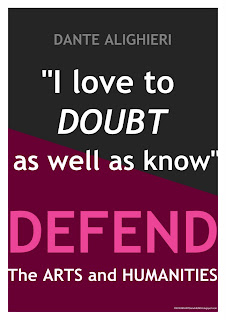 Woolf, as a politically-engaged writer, endlessly rehearses and revises her arguments about the "value" of arts and critical thinking, about the social intervention of the artist, not only in her essays but through her characters as they grasp at and flutter with such moments. Murphy's travel books, which move deeper into place rather than moving ever onwards, are in themselves workings-out of Judith Butler's argument that "at global level, there can be no ethics without a sustained practice of translation -- between languages, but also between forms of media" (Frames of War).
Murphy's mingling of sense-impressions and incisive political history is not only a work of translation, but of aesthetics - a response to the particular expressions of colour, sound, joy, ecology, memory and attentive community that she encounters in Cuba. As Woolf writes: "but the root of things, what they were afraid of saying, was that happiness is dirt cheap. You can have it for nothing. Beauty." According to Jeremy Hunt, this is superficially why artists should work for free, 'paid' by the pleasure that we derive from our work. But I think Woolf's argument is more radical and tendentious than that, more in line with Murphy's encounter with Castro's Cuba: that arts can remind people that capitalism is a bizarre wrong turning in human history, a powerful and distracting illusion that stops us looking in the mirror and disallows daring; that turns impassioned writing from a conversation to a commodity and means there's no way for me to recommend that you read these books without shilling for Bertelsmann...
Posted by Delirium's Librarian at 2:36 pm

I've spent most of this afternoon speed-reading your blog. You are a natural writer and poet. It's a real shame that you don't receive more comments.